Ever have one of those damn bugs, buzzing around your head in a threatening manner?  You don’t know whether to swat and kill the damn thing, or steadfastly ignore it.  Ideas in art can be the same way.

The drawing I’m referring to is based on this photo:

Trust me.  It was a lot more exciting when looked at by real human eyes.

So, I started playing around with the idea, and came up with this:

Er, not quite.  In all honesty, I was trying to create something when I still was dealing with a major case of artist’s block.

But the idea would just not die.  Sort of like Rasputin.

So, a couple of years late (Like just last year), I decided to try again.  I was working on little stuff, in hopes that I would create something saleable.  Didn’t succeed, as you will see… 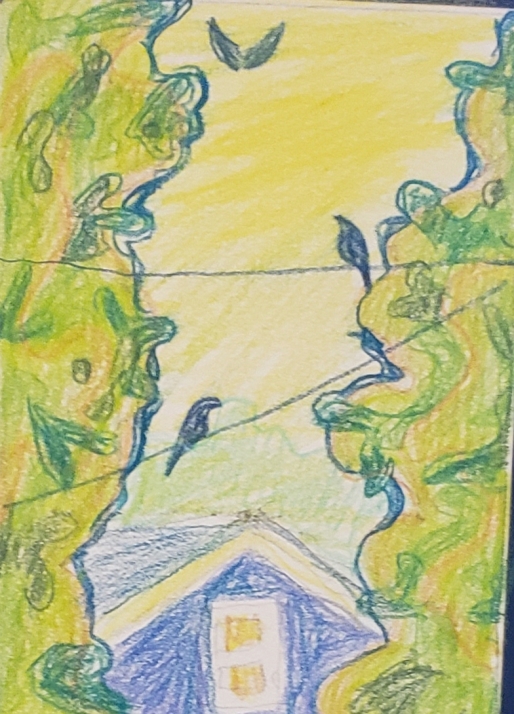 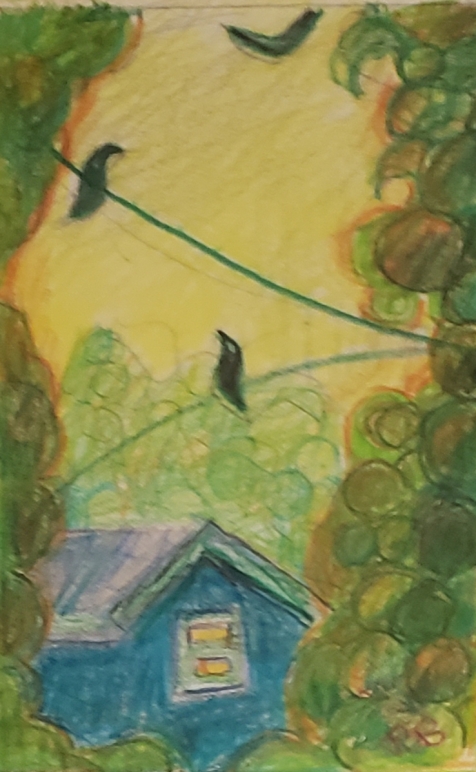 As you can probably tell, the photo I was working with was taken in late May. There is no fast rule that you can’t change the season in the drawing.

So, back to winter, my latest drawing of a robin, aside:

This is the small sketch: 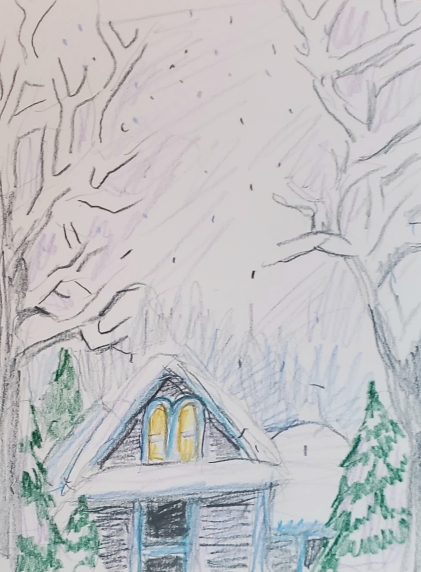 It’s a greeting card.  I like the was it turned out, although a little Kinkaidish.  Not sure if I will do a full size yet.

But I may, and also try another spring picture…who knows?  Maybe a group of four season ones!

But then, maybe not.