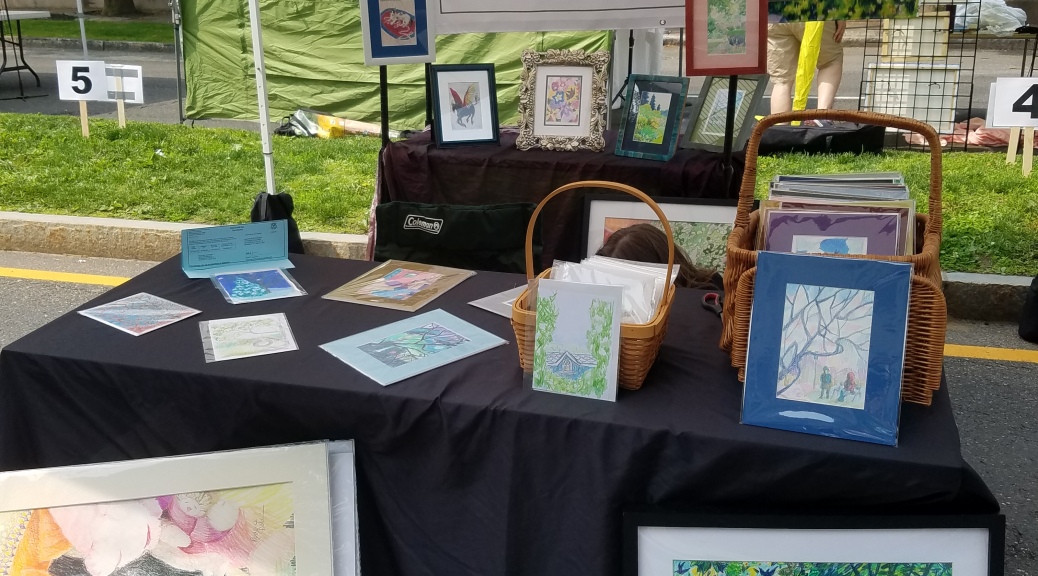 Last Saturday was the Danbury Street Fair! In which I participated in as an artist.  I was able to do this on the cheap, without investing hundreds of dollars on equipment. I was breathlessly waiting to take the tent from its case.  I only paid $65 and a trip to Queens, NY, so there would not have been a big monetary loss if it was unusable. But then, I’d be without a tent.  Low and behold, we set it up and it stood as high and as proudly as the American flag on July 4.

I would have had better display racks if I could, but money was certainly an object.

As for sales, I only sold three small drawings (one of which was to my sister in law). 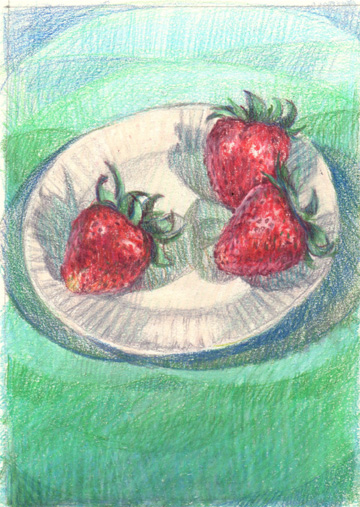 It always surprises me what people decide to buy.  A young woman, a cat lover, bought two drawings

And a small version of this one. I did put out this large, full-sized picture, which got a lot of attention.  Cat pictures were the order of the day, including my brother’s cat. 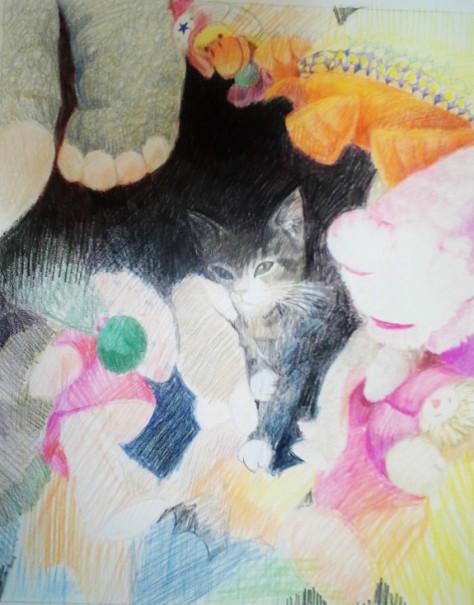 Lots of lookers though.  I’ve done enough of this kind of show not to expect to get rich off the sales.  The main thing was to get my art in front of the public, and have fun.  Yes, some people go on cruises, I do art shows.

It would have been a lot more fun if I hadn’t been fighting the flu with a fever.  That’s another story.

So, now making plans for the next one.  It will probably be in the fall, getting close to the holidays.  With better racks.  I’ll keep you posted.

My artwork, my words. Enjoy!